The first two weeks of this month
were one of the darkest weeks in my life. I was in the hospital to meet up with an appointment with my family physician little did I know that I would be bereaved that same day in the same hospital. Sadly, we lost a sister that gave birth through caesarean delivery. Happily, the baby is alive but neither the mother nor the baby had any opportunity to feel one another. death again struck a debilitating blow albeit the pain of mourning was yet to recede.

This time around, it was a more painful exit of a quintessential woman, Sa’adatu Baba Muhammad on Sunday, 9 August, 2020. Her husband, my brother, Associate Professor and current acting Director, International Relations Partnership and Prospects Office, University of Lagos, Dr Ismail Ibrahim put a call through my line and I wasn’t able to answer his call immediately. Shortly, I received an SMS from him and quickly opened it and what I read shocked me to my marrow. It read *”Inna lillahi wa inna ilayhi rojiun. Allah decided that the best for my wife is to take her to Himself. We just lost her.”* The message was like a sharp and poisonous arrow that pierced through my heart. The late Sa’adatu struggled and battled courageously to overcome her ailment – Lymphoma, a family of cancer but the wish of her creator came to pass.

Our relationship was a little over three years when she got married to my brother Dr Ismail. The night that preceded the marriage, Dr Ismail passed the night in my house in Abuja and in the company of other friends and associates, we attended the wedding fatihah at the Gwarinpa Estate Central Mosque immediately after the Friday prayer. A modest reception followed at the residence of her guardian, Alhaji Bala Shagari, Sarkin Mafara Shagari, the eldest son of late Alhaji Aliyu Shehu Shagari, former President of the Federal Republic of Nigeria. That was how my relationship with the late Sa’adatu Baba Muhammad started. A detribalised Fulani woman married to a Yoruba man. Some of her family members were apprehensive about the marriage but she allayed their fears. In my interaction with her, she revealed that her main motivation for agreeing to marry my friend is her love for Islam and her desire to marry someone that can help improve her understanding and practice of Islam. From all intent and purpose, she realised her heart desire. Sa’adatu found happiness in her marriage. She was a bridge-builder, leveler and a building-block for the unification of humanity on the path of righteousness.
Aside the fact that she was the quiet type, humble and articulate, she was also a cheerful giver, a philanthropist and caring mother to her daughter as well as many less-privileged children. She never allowed her family elitist background and status came between her relationship with children from poor homes. After her marriage, she relocated from her residence at Dolphin Estate in Ikoyi to stay with her husband in the university quarters. She made the choice herself to leave the arena of the RICH in Ikoyi to Akoka. I was not surprised because Sa’adatu was an obedient and GOD-FEARING woman. She did everything humanly possible to please her creator and make her husband happy. She was a lovely wife to her husband and daughter. I recalled several conversations between myself and her husband about her complementary efforts to support his work within and outside the university. I know my brother will always cherish her till eternity.
Sa’adatu was an embodiment of beauty inside and outside. She was modest in her mode of dressing and character too. Any discerning person(s) that had interacted with her will confirm that she was hospitable. Her hospitality was second to none. She never allowed any excuse from her visitors, guests or friends of her husband to refuse her offer, either juice or meal.
The late Sa’adatu reckoned with spirituality in her devotion to Allah rather than religiosity. We performed Hajj together in 2018 and her husband entrusted her to me. I watched her with keen interest and throughout the Hajj period, she actively participated in the rites of Hajj and was more preoccupied with moving closer to Allah than sightseeing, shopping and adventurous attitude common with first timer. Her hajj experiences no doubt contributed significantly to her character building and approach to Islam as a way of life. Thus, within the short period of her marriage, the speed with which she spiritually developed was amazing. Little wonder, she was always eager to fulfil the fundamentals of her religion. She was conscious of fulfilling the third pillar of Islam, albeit her health condition. She ensured that her predicament did not make her overlooked the necessity of paying her Zakah. I was delighted when I got to know that she was troubled after she paid her Zakah and the poor internet service delayed the transaction. Sa’adatu was agitated and worried until a call was put through to confirm that her payment had been received. What a manifestation of a true believer.
The late Sa’adatu was a facilitator, a resourceful person, and compassionate woman. In one of my conversations with her husband, I recall one of the value propositions she brought on board to University of Lagos. She facilitated gratuitously a multi-million naira intervention project for El-Kanemi Hall for the University of Lagos with the Nigerian Ports Authority (NPA).

My brief interactions with her have left an indelible impression on me as a Muslimah (Muslim woman), ‘Abeedah (Devout worshipper of Allah), Mu’minah (Believing woman), Saalihah (Righteous woman), Siddeqah (Truthful woman) and Muhsinah (Doer of good) among other virtues.

Sa’adatu was hopeful that she would overcome her ailment. The re-assuring words she uttered to her husband while on her sick bed that she would be very kind and supportive to him if her health improved without knowing that her time had drawn so close also indicated her unalloyed support and love for her husband. And when her time was up, she succumbed to the wish of her creator by murmuring the statement of salvation repeatedly ”There is no god except Allah alone who has no partner..”* until her last breath. What an excellent exit from this terrestrial world and a fine passage to the celestial world in one of the sacred months in Islam (Dhul Hijjah).

Shortly after the French President, Emmanuel Macron supported the making of depictive cartoons of Prophet Muhammad (PBUH), there have been calls from various countries...
Read more
Human Interest

Photo: Group of Pilgrims on tawaf and sa’i as Sudais inspect facilities in Kaaba

Govt has no business sponsoring pilgrims, says Emir of Muri

By Fatima Sanda Usara By now, it is no longer news that NAHCON’s delegation under the leadership of its Chairman and Chief Executive Officer, Alhaji...
Read more 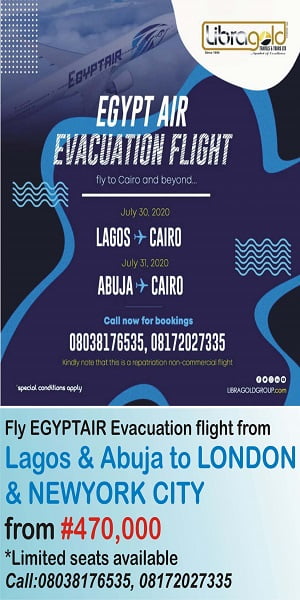 The National Hajj Commission of Nigeria, NAHCON has reiterated its call for internationally professionalised Hajj and Umrah management. The Chairman/CEO of the Commission, Alhaji Zhikrullah...
Read more

The Management of NAHCON created a division for States and Zones in order to domicile the activities of the Commission in compliance with Section...
Read more

Shortly after the French President, Emmanuel Macron supported the making of depictive cartoons of Prophet Muhammad (PBUH), there have been calls from various countries...
Read more

The Management of NAHCON created a division for States and Zones in order to domicile the activities of the Commission in compliance with Section...
View Post
Hajj

Saudi Arabia Ministry of Hajj and Umrah has said it has so far issued more than 650,000 electronic Umrah permits as of October. 23. The...
View Post
Hajj