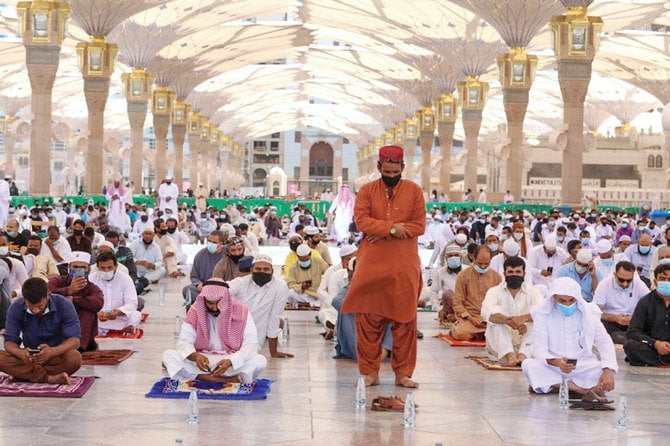 Saudi authorities are looking beyond Ramadan as the measure will be valid until the end of the pandemic or when “life returns to normal,” the source added.

Read Also: Fragrance of the blessed month of Ramadan now in the air

The source said the ministry wants to ensure that all precautionary measures to prevent the spread of the virus are adhered to. It also wants to ensure that approved regulations for performing Umrah and prayer are in line with the operational safety capacity at all Grand Mosque sites and squares.

Every pilgrim wishing to perform Umrah or prayers in the Grand Mosque must obtain a permit.

The source also said that security personnel will be on patrol at all security control centers, roads, sites and pathways leading to the central area surrounding the Grand Mosque.

The director general of the General Directorate of Civil Defense, Lt. Gen. Sulaiman bin Abdullah Al-Amro, said COVID-19 inspection tours have been intensified at all facilities and sites frequented by pilgrims and visitors.

The Ministry of Hajj and Umrah said on Thursday that the Umrah and Tawakkalna applications have been launched in their updated versions, through cooperation with the Saudi Authority for Data and Artificial Intelligence.