Kaaba News
Home Hajj Ministry of Hajj and Umrah Yet to Make Pronouncement on 2021 Hajj... 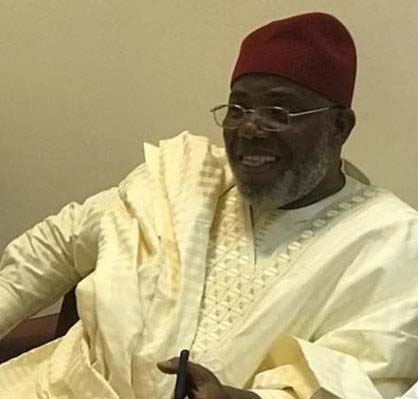 The National Hajj Commission of Nigeria (NAHCON) has said that the information making the rounds on 45,000 slot for foreign pilgrims is a suggestive guideline emanating from the Health ministry considering the implications of Covid-19, adding that it remains inconclusive as the Hajj and Umrah Ministry charged with the affairs of Hajj is yet to take decision.

“The Commission would like to clarify that so far, the material is emanating from the Saudi Ministry of Health as suggestive guidelines for a peculiar Hajj upended by COVID-1. The Commission is fully aware of the very important role of the health ministry in Hajj planning in Saudi Arabia therefore is not in doubt on the possibility of it being adopted. However, the Commission would like to draw the attention of the general public that the finality of Hajj guidelines will come from the Saudi Arabian Ministry of Hajj and Umrah which will either endorse the released guidelines or issue the final position of the Kingdom contrary to what has been so far released by the Ministry of Health, the Kingdom of Saudi Arabia.

“Therefore, until the said ministry of Hajj and Umrah releases the guidelines on its website and formally communicates to Nigeria, NAHCON humbly urges the public to consider the information being circulated as guidelines for 2021 Hajj as inconclusive.

“The Commission will not fail to keep the public updated as soon as an official stand is finalized by the kingdom. NAHCON understands the anxious wait by the public, especially by Hajj and Umrah stakeholders regarding 2021, in order to make their final decisions and preparations. The Commission trusts that Saudi Arabia is considerate of all happenings and will soon make a proclamation on Hajj 2021 in the interest of all Muslims as promised.

“While we all keep our fingers crossed, we urge all Hajj stakeholders and intending pilgrims to remain patient and accept in good faith whatever decision the Kingdom will take with regards to Hajj. NAHCON will keep working for the best bargains in the interest of all its stakeholders.”